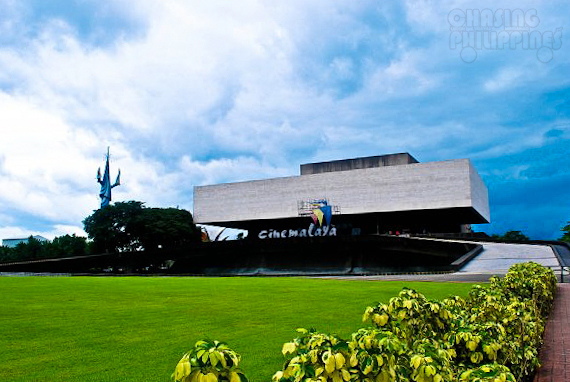 Once again Cinemalaya Foundation Inc. will treat indie film enthusiasts for another batch of fresh and out-of-the-box concepts in the field of digital film making industry. Now on its 12th year, with its theme, “Break the Surface”, Cinemalaya 2016 will run from August 5 – 14, 2016 at the Cultural Center of the Philippines (CCP) in Pasay City.

HIBLANG ABO by Ralston Jover
Synopsis: This film speaks volumes of muted memories and infinite struggles among 4 men in their twilight years, confined in a hospice facility or home for the aged. Their gray hair grows and fades unnoticed, their lives enter the void of oblivion. Everything unfolds so naturally into their swan song until their body pains and heartaches yield the same intensity, when their hearing and feelings become permanently impaired; and when their blurry vision and memories become clear signs that the inevitable state of death is as fleeting as the vibrancy of life itself. 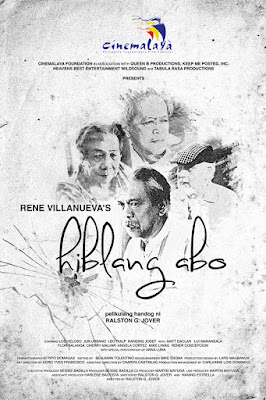 MASELANG BAHAGHARI by J.E. Tiglao
Synopsis: Adam is a 14-year-old charming and introvert boy, born with the secret of having both male and female genitals. As an intersex, he finds himself embarked and lost in a painful transformation – a journey that takes him into the physical and spiritual limits of gender identity and into the ambiguities of fate and desires. 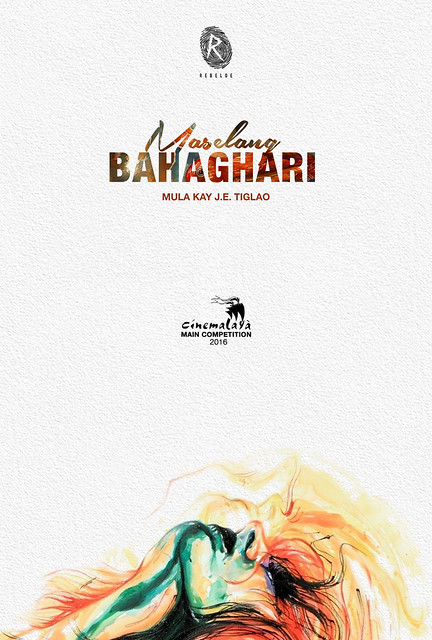 ANG BAGONG PAMILYA NI PONCHING by Inna Salazar and Dos Ocampo
Synopsis: A religious who does petty crimes, Ponching, gets into a new venture, text scamming, thinking it will not really hurt anyone. One day, his seemingly ‘innocent’ text scam accidentally cons a recipient into thinking he is the bastard child of their late relative. 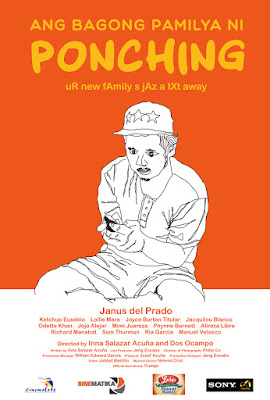 DAGSIN by Atom Magadia
Synopsis: After surviving the Death March, Martial Law, and the loss of his legs, Justino became an atheist. But when his wife dies, a part of him is yearning to believe in life beyond death; just for a chance to be with her again. Searching for parts of her he can still hold on to, he devours her diaries for information into their past — opening a Pandora’s box of secrets. 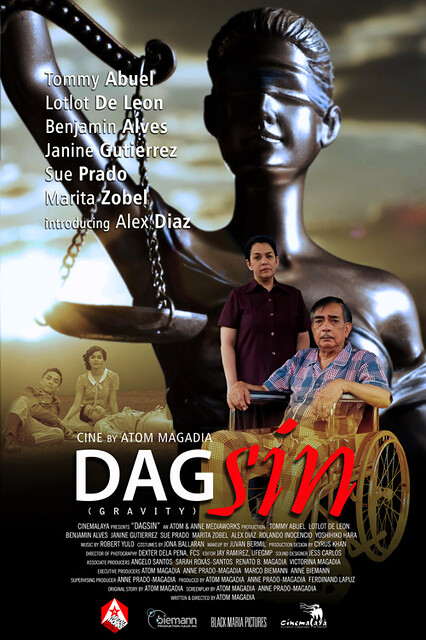 I AMERICA by Ivan Andrew Payawal
Synopsis: “I America” is a dramedy about a complex half-Pinay, half-Caucasian lady looking for American living in Olongapo City who tries to get her passport and US Visa in order to meet her father personally for the first time. 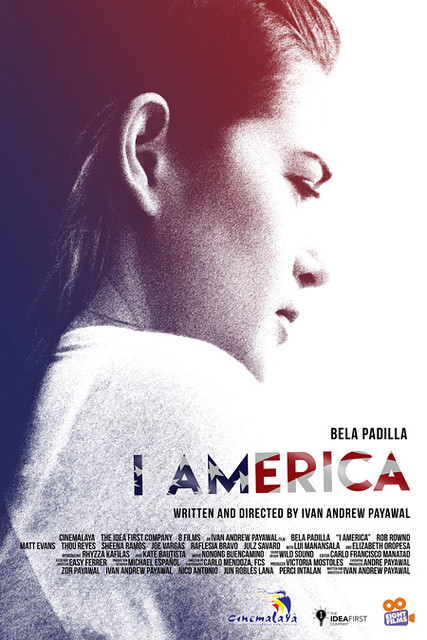 KUSINA by David Corpuz & Cenon Palomares
Synopsis: Kusina (The Kitchen) is the silent witness to the life and love of Juanita. It is her sanctuary, the place where she creates the dishes for her family, her friends, even enemies and strangers. Through cooking, she gets to know the people around her, and in return, reveal herself to them. 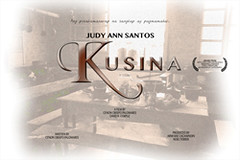 LANDO AT BUGOY by Vic Acedillo Jr.
Synopsis: Disrespected by his teenage son, a 40-year-old High School dropout tries to solve this problem by returning to school which only makes his son hate him even more. Amidst the struggle between them, an unexpected event changes everything. 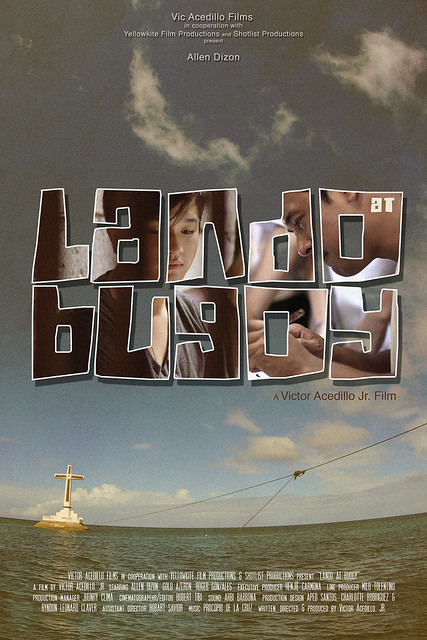 MERCURY IS MINE by Jason Paul Laxamana
Synopsis: Carmen, a middle-aged cook, is about to close down her eatery at the foot of Mt. Arayat when a white American teenage boy named Mercury approaches her and begs for work in exchange of nothing but shelter. 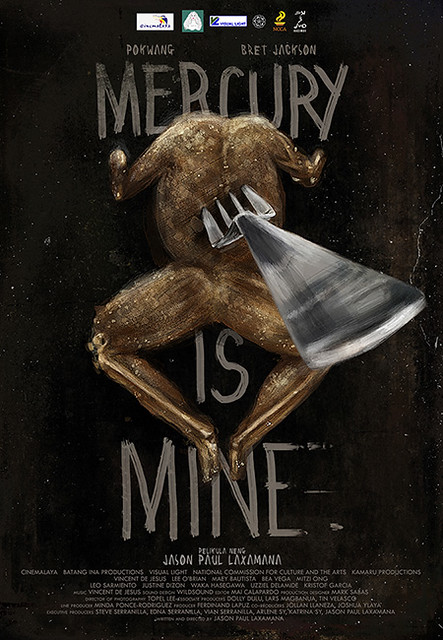 TUOS by Derick Cabrido
Synopsis: A woman chosen to keep an age-old tradition alive must now choose between her granddaughter’s life and a belief that shackled her in solitary confinement. 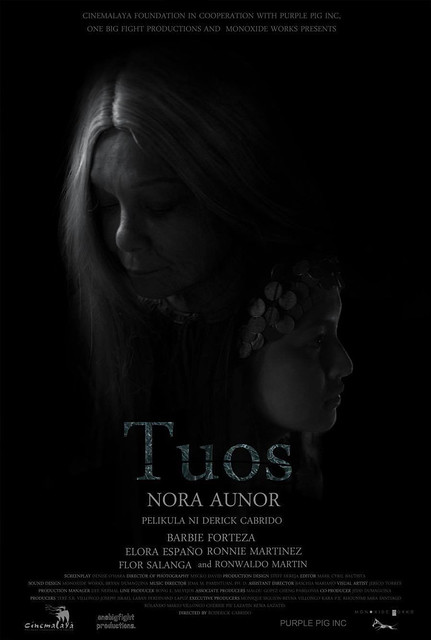 PAMILYA ORDINARYOby Eduardo Roy Jr.
Synopsis: Jane and Aries are teenage parents. They make a living out of stealing on the streets… until fate hits back at them.

Discounts available for the ff:
50% off for students (CCP Screenings only)
20% off for Senior Citizens
20% off for Government & Military Personnel

Schedule of Screenings:
Click here to check complete summary of screenings for Cinemalaya 2016.