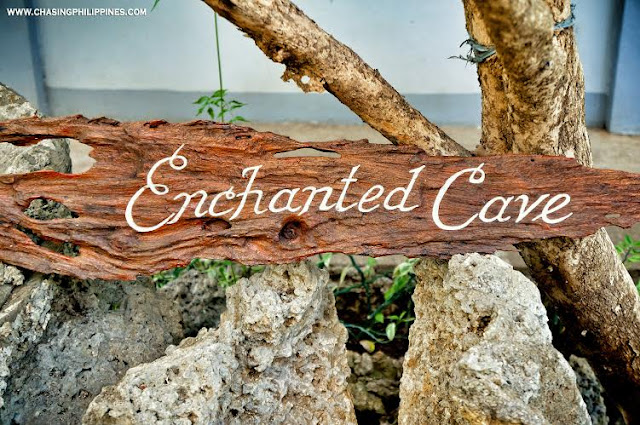 Enchanted Cave in Patar, Bolinao Pangasinan is open from 8:30AM to 5:30PM

Enchanted Cave is one of the must-visit attractions in Bolinao, Pangasinan. The entire place is really enchanted since it is like a huge coral reef that emerged from underwater. Probably, the signboards would explain it in a way. 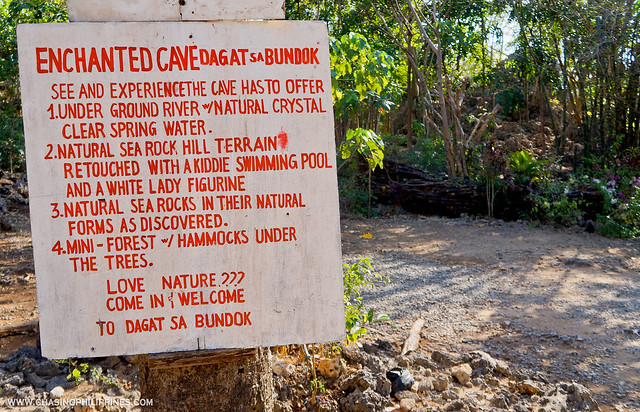 Some reminders before you hit the Enchanted Cave… 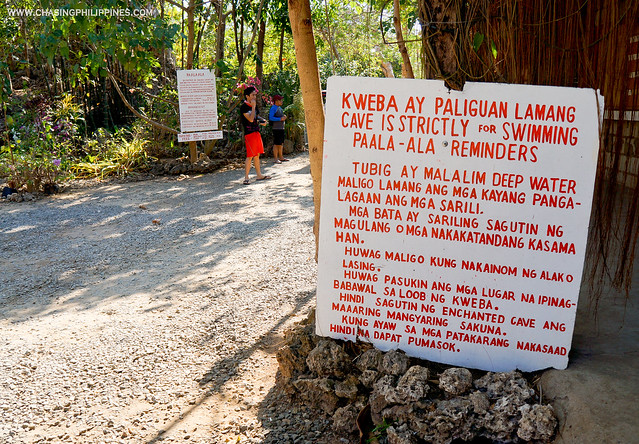 An obligatory snapshot at the entrance… 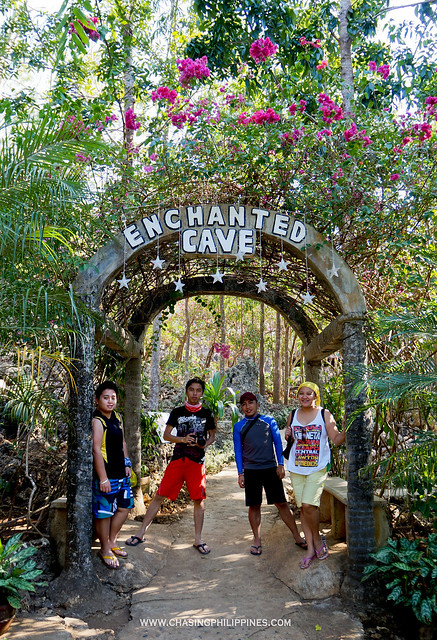 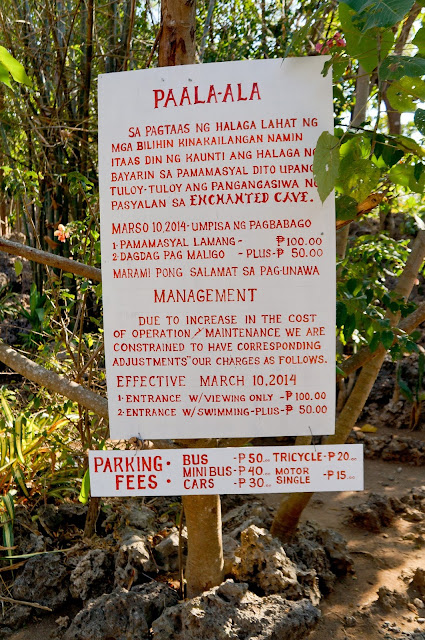 Since Enchanted Cave is gaining popularity among travel enthusiasts, the entrance fee continuously increases. As of this writing, entrance fee is Php50.00 and Php150.00 if you are planning to take a dip inside the cave.

Somehow, I developed this fear of caves when I was in Puerto Princesa Underground River; the thought of a dark, muddy, and stinky cave started to haunt me when I saw the stairs to Enchanted Cave. 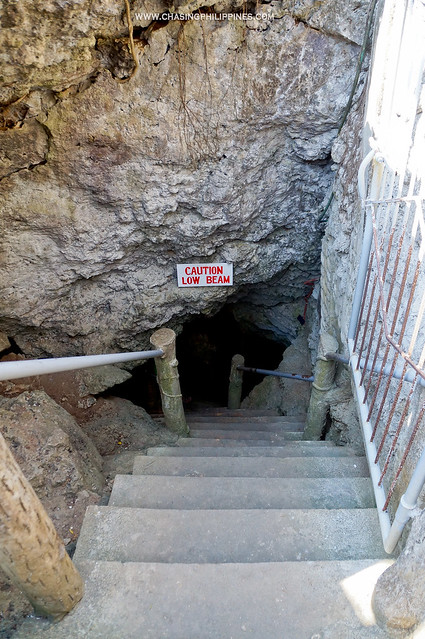 Surprisingly, Enchanted Cave is well-lit and well ventilated. There is a huge fan inside! Amazing! 🙂 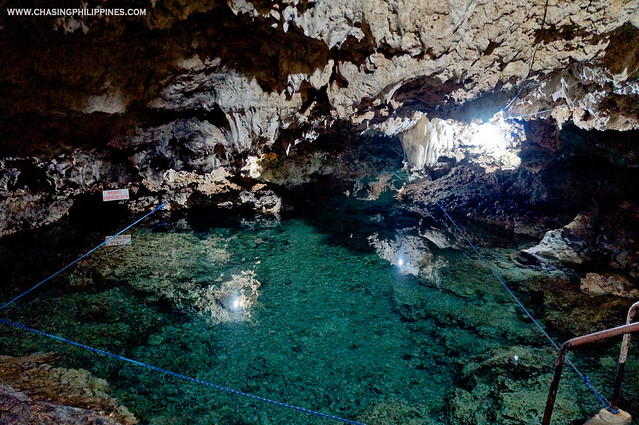 The turquoise freshwater inside Enchanted Cave

The water inside the cave is deep and it is not recommended for those who do not know how to swim. The water is clear and is not stinky too. The guide said that there is a small passage to the sea at the very end of the cave and that is where the water comes from. The guide also said that the reason why the water is clean and clear is that it is being replaced almost every 4 seconds because of the air coming from the small passage. These words make it more enchanted since 1) the water is not salty and 2) one would not see any movement from the water. 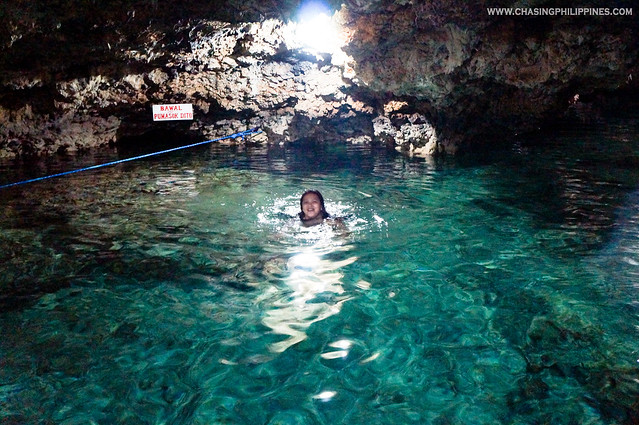 Enjoying the clear water of Enchanted Cave.
The bottom does not have algae or any other strange thing.

A friend of mine tried to go beyond the blue ropes and attempted to see the end of the cave but he failed, Enchanted Cave is huge if explored.

Previous ArticleWorld Street Food Congress 2016: First Time in Manila!
Next Article Bolinao Or Never: 10 Photos that Will Make You Go to Bolinao Now!