Since a sidetrip to Maculabo Island is included in our Calaguas Island Trip, we had our quick stop-over at Maculabo before we head back to Paracale. (Check my post about Calaguas Island to see the infos about the whole trip – how to get there, rates, etc.)

Actually, we learned about Maculabo Island way back before we discovered the beauty of Calaguas. I, myself, have been dreaming of diving into the deep blue clearwater of Maculabo from one of the cliffs there. Yeah, we saw this picture in one of the tours that SlickSurf Skimboards Pilipinas is offering.

So, here we go again… 🙂
Lalalalala (my LSS while I’m on my boatride to Maculabo w/ hang-over of Calaguas).

To be honest, all of us were so overwhelmed with the paradise-like beauty of Calaguas Island; we haven’t recovered yet but there we were, riding on a boat to another island which most of us barely heard about. We haven’t recovered yet, so while we were on our way to Maculabo, we had this strong feeling of wanting to stay in Calaguas and not to ride this boat away from haaai..oooh..ssooo..beautiful island (JUST INSERT APPROPRIATE DESCRIPTION HERE). You know that feeling of sudden lack of interest of getting to another place because of contentment? I really can’t explain it but witnessing the beauty of Calaguas changed my standard of a ‘good beach’. So, to make the story short, going to Maculabo (after experiencing Calaguas) was just somewhat at least to cross out another island from our own Chasing Philippines Bucket List. To add up, I kept on saying to myself, “Basta magda-dive at tatalon ako sa cliff na ‘yun!”, an obvious reason to convince myself that there is still something to be excited about other islands.

While busy talking to myself, our boat stopped in the middle of that vast blue water. The sight of clear deep blue water woke me up from my daydreaming of being cradled by Calaguas Waves 🙂 The water is so clear, you can really see the coral reefs at the bottom of the sea.

As we approached Maculabo, we had been so busy looking for the cliff which serves as a cliff diving spot in the island. But just like kids who had been waiting so long to play under the rain, when our boat got to Maculabo, we were so excited, we jumped off our boat.

The clear water in Maculabo Island and the sight of those big smooth rocks is really spectacular. But guys! Make sure you have your lifevests on; the water in Maculabo is so deep even you are just right beside the shoreline. The sand easily goes down as well. As in!

the big rocks in Maculabo Island

Mang Buboy, our boatman, does not know where the cliff diving spot is. He even stroll the island but was not able to see any. He said maybe the cliff was missing because it was already low tide (we were in Maculabo around 11 am). The big rocks were all showing up and definitely not suited for cliff diving.

That is Mang Buboy, strolling the Maculabo Island to look for the diving spot.

He said if we are into cliff diving, much better if we’re going to Maculabo during the high tide which happens every morning. We just all exclaimed in huge disbelief, “Low Tide na pala ‘to????”; the water in Maculabo was really so deep, I almost got drowned.

Even we were just right beside the shoreline, this how deep the water is.

My Brother having his chillax moment in Maculabo Island 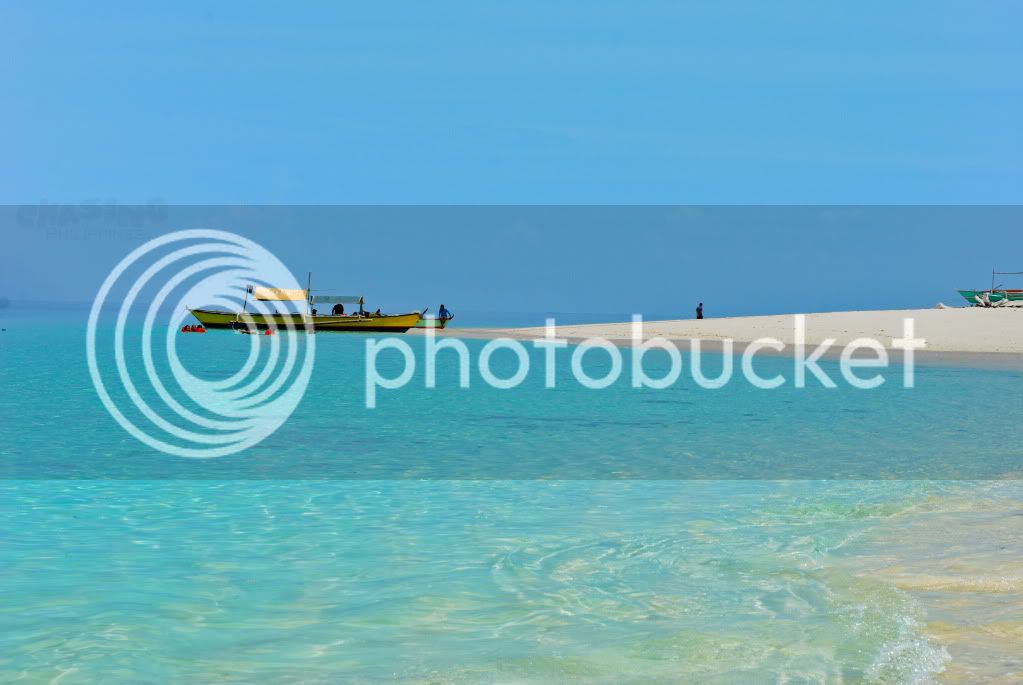 Maybe, Maculabo did not top of Calaguas Island in my heart, which remains as my favorite island. But Maculabo Island had proven that there is always something interesting in each of our 7,101 islands.

The Blue Rainbow at the Heart of Maculabo
Previous ArticleCalaguas, the Paradise Island
Next Article A Weekend Getaway at Boracay