By Chasing Philippines November 20, 2016 204
Share Facebook Twitter Google+ Pinterest LinkedIn Email
Have you been to Bangui? Are you planning to go to Bangui to see those big windmill? Why go as far as Ilocos, which would be approximately 8 to 10 hours away from Manila, if you can see wind turbines in Pililla, Rizal?
Oh, yes! Taking a selfie with those giant fans I mean, wind turbines on the background is no longer far from reality; one just need to travel around an hour and a half from Manila to visit the newest windfarm in the Philippines. 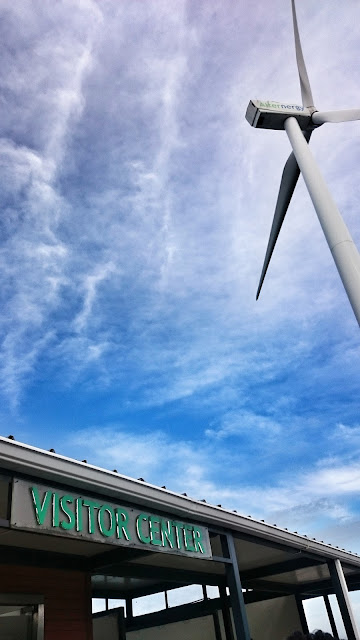 Visitor Center near the viewing dock
Pililla Windfarm is located at Halayhayin in Pililla, Rizal – approximately 300 meters above sea level and is over Laguna de Bay to capture Amihan from October to March. It is being operated by Alternergy Wind One Corporation and is composed of a total of 27 wind turbine generators divided into 3 clusters with a combined capacity of 67.5 megawatts. The entire windfarm of Pililla is expected to generate an approximate of 150 Gigawatt hours of electricity every year. Wow! That is a lot! And take note that it is alternative and green energy so that means less carbon footprint for us.
Since the Pililla Windfarm has been opened to the public, it has been considered as one of the newest must-visit sites when planning a quick escape from Manila. Most hotels and resorts in Antipolo and Tanay, Rizal are even including the Pililla Windfarm visit as one of their additional tour and travel packages. It is worth seeing, promise! The best time to visit Pililla Windfarm is of course, during sunset. 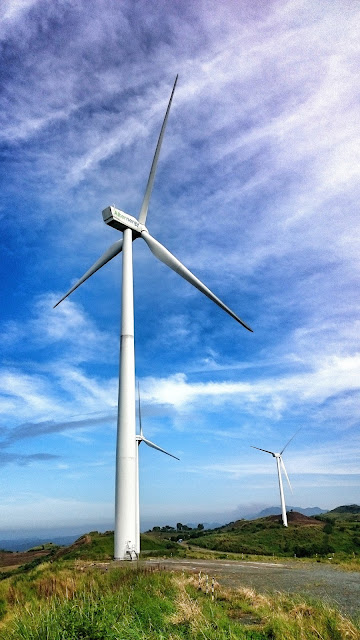 Giant wind turbines of Pililla Windfarm
How to Get There:
via Public Transpo (a.k.a. commute)
* At Starmall Mandaluyong or at Araneta Center in Cubao, take a van to Tanay Public Market in Sampaloc. Fare is Php70.00.
* At Tanay Public Market, ride a tricycle to Pililla Windfarm. Fare is Php300.00 (one way). Travel time would be around 25 minutes.
via Private Vehicle
* From Edsa, take the Manila East Road and drive through the towns of Taytay, Angono, Binangonan, Cardona, Morong, Banas, and Tanay before Pililla.
* Once you passed the Villa Lorenza Resort, turn left at the fork. This road is heading to Mabitac, Famy, and Real. You are also going to see a signboard that says “To Pililla Windfarm”.
* As long as you see the wind turbines get bigger and closer, then that means you are heading to the right way. 😀
Previous ArticleHow to Make Money as a Travel Blogger
Next Article SKYJET Birthday Promo: Free Airfare on Your Birthday