It has been more than a month since I declared a leave from going out; the budget, weather, and limited VLs are just some of the factors. (Not to mention the real reason that the twenty-something-girl in me attacked, who also misses the comfort of her bed, enjoys the kilig-factor in PBB Teens and Coco Martin’s teleserye every night.)

Though I haven’t explored the Philippines for that span of time, the following movies made me see a lot of must-visits in our country:

Above the Clouds
Synopsis: “After losing his parents in a flood, 15-year-old Andy is forced to live in the Mountain Province with his estranged grandfather. Feeling they have lost everything, the two embark on a journey and start to come to terms with their grief.” 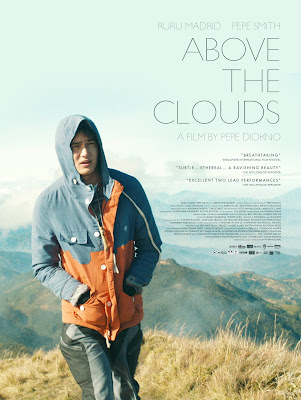 Forever and A Day
Synopsis: “Eugene (Sam Milby) arrives in Bukidnon with only one intention: to forget his problems at work. But when he meets Raffy (KC Concepcion) and as they travel and go on ridiculous and death-defying activities together, they start to form a friendship that goes beyond Euge’s original plan. Raffy helps Euge appreciate himself more and to look at things in a positive way. With Raffy, Euge begins to believe in himself again. Soon, against his own expectations, he admits to himself that has fallen in love with this girl. But life is truly ironic. The moment Euge expresses his feelings for her, Raffy suddenly starts to push him away. She admits that he can never have her, and she doesn’t want Eugene to hope for a happy ending with her, because she cannot be loved. Now, it is Euge’s turn to make Raffy believe in love again, just as how she reminded him to believe in himself. But is faith enough to change the course of their destiny? And is his love strong enough for him to sacrifice everything for a relationship that will not last, and for a girl who will leave him soon?”

That Thing Called Tadhana
Synopsis: “While struggling to meet the strict airline baggage requirements, a woman meets a man who heroically comes to her aid. Both are in despair out of love, which urges them to form a charming friendship which would take them out of the crowded airport and into the secluded city of Sagada where they would attempt to mend each other’s heart and find the answer to the question, “Where do broken hearts go?”” 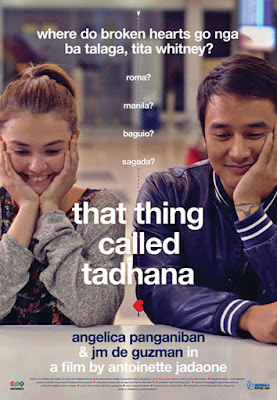 Sakaling Hindi Makarating
Synopsis: “The story of a young woman on a journey throughout the Philippines in search of an anonymous postcard writer.” 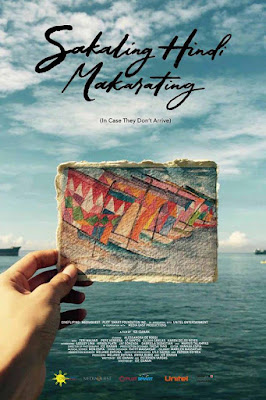 You’re My Boss
Synopsis: “This film centers on a smart and bossy airline company executive named Georgina who will do everything to close an important deal with foreign visitors. They, however, would not negotiate with anyone in their company save for their big boss who’s on leave. In an attempt to win them over, she introduces her assistant Pong as the president and thus begins the pretense that will lead them to discover what’s real and lovable about each other.”
Location Featured: Batanes 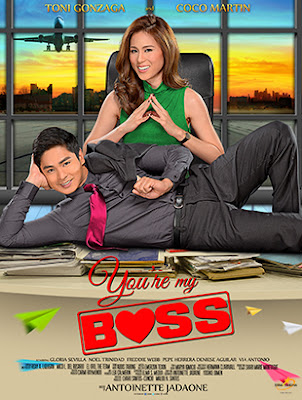 Ploning
Synopsis: “Ploning, is a story of one man’s search for the enigmatic woman who has deeply wounded him in the past. Having grown up in an illegal Taiwanese fishing vessel, Rodrigo (30 years old) returns to the beautiful island of Cuyo and is given from sunrise to sunset to look for his Ploning. In his search, he discovers that the woman he loved and adored as a boy is not the woman he thought he knew. Ploning has displayed her maternal love for Digo ( the 6-year old Rodrigo) but is shrouded in her mysterious love and devotion for Tomas, her childhood sweetheart who left her when she was 16. This 30-year-old spinster who has held a special place amongst the people as a dutiful daughter, a devoted friend, a caring sister and a loving maternal figure is slowly unveiled through Rodrigos memory and an emotional meeting with Plonings confidante, Seling. Through his search, Ploning will be revealed as the islands most bittersweet source of selfless love.” 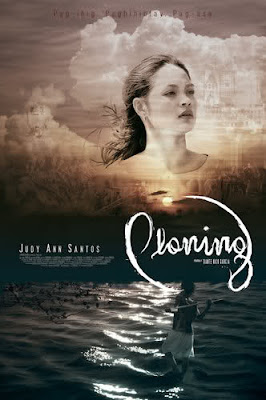 Close To You
Synopsis: “Manuel and Marian have been friends since they were kids. They are so close that they know each others secret… well, almost. For the last 16 years, Manuel never had the courage to tell Marian how much he loves her.

On the other hand, Marian sees Manuel as no more than her best friend. Marian’s greatest love has always been Lance (Sam Milby), a classmate who protected her from bullies back in Grade School. Ever since Lance and his family migrated abroad 10 years ago, Marian never had the chance to establish contact with him again. The only thing that Marian knows is that Lance has become the lead singer of the new rock band, Orion.

Good fortune smiles on Marian when Orion decides to tour the Philippines. Marian is intent on seeing Lance again, and she brings Manuel with her on a chase that brings them around the Philippines and abroad. Manuel believes that the whole chase is futile because a popular star like Lance will not remember a simple girl like Marian.

When Lance and Marian finally meet again, sparks fly between them. Manuel has to decide – Will he let his best friend be happy with her Prince Charming or will he fight for the love that has kept him alive for the last 16 years?”

Baler
Synopsis: “In 1898, a band of Spanish soldiers heroically defended Baler against Filipino forces for 337 long and grueling days. The battle, now referred to as the Siege of Baler, is the setting of a forbidden love between a Mestizo soldier (Jericho Rosales) and a Filipina lass (Ann Curtis) who lived at the end of the 19th Century.”

Batanes
Synopsis: “Pam meets Rico, an Ivatan, and decides to leave her stressful life in the city to follow him to Batanes to meet his parents and marry him. Pam tries to adapt to the Ivatan way of life but hates the sea that Rico loves so much. He hatred for the sea intensifies when her husband Rico dies in a fishing accident. Pam is devastated and decides to go back to Manila. But when she sensed that the sea was laughing at her failure, she chose to stay in Batanes to be with Rico’s family. In one of her trips to the sea, she accidentally meets Kao Ken Chu, a Taiwanese, whom she rescues during a storm. As they spend time together, the two eventually fall for each other despite language barriers and cultural differences.”
Location Featured: Batanes
The Road
Synopsis: Luis (TJ Trinidad) is a successful policeman who was recently awarded for his skills in investigations despite his track record of being reckless and not following protocols. He was asked by a woman to investigate on the mysterious disappearance of 3 teenagers on an abandoned road. In 1998, a young woman (Rhian Ramos) and her younger sister are abducted and held prisoner in an old house that holds deadly secrets. In 1988, a young boy is trapped inside his own house, held captive by his domineering mother (Carmina Villaroel). The boy becomes witness to some horrible things, and is soon haunted by the ghosts of those wronged. The three stories tell a much larger story, revealing the violent history that surrounds this particular road.”

Locations Featured: a road somewhere in the Philippines

Lakbay2Love
Synopsis: “A heartbroken videographer heals her soul as she follows the story of a cycling forester that cares deeply about preserving the environment.” 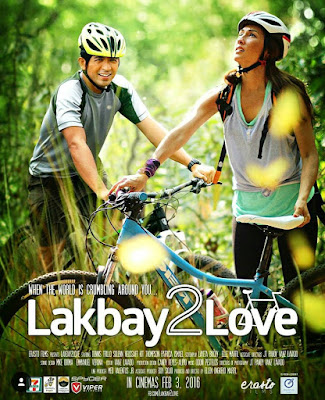 Flotsam
Synopsis: “A young woman running away from a volatile relationship ends up in a small beach resort where it seems everyone is falling in and out of love.”
Locations Featured: La Union 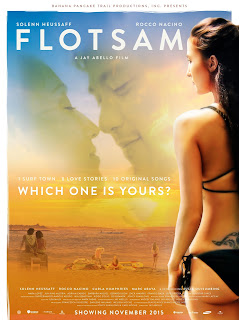 Don’t Give Up on Us Baby
Synopsis: “Abby (Judy Ann Santos) thinks she has everything under control until her bestfriend Sabina walks out of her own bridal shower weeks before her marriage to Abby’s younger brother, Samuel. With a cassette tape left behind by Sabina as her only lead, Abby vows to find her best friend and bring her back in time for the wedding.
Abby’s search takes her to Baguio. There she meets Vince (Piolo Pascual) and his younger brother Marco, a folk singer in a local pub whose voice she heard in Sabina’s tape. Vince claims that he recorded the song for his friend Rabbit who was supposed to give it to his girlfriend (Sabina). Abby persuades Vince to take her to Rabbit in the hope to find Sabina. Marco thinks of an idea to get Vince and Abby together.
As Abby and Vince travel together through the mountain provinces, love tries to find its way through their hearts but will it survive the journey?”
Locations Featured: Baguio, Bontoc Mountain Province, La Trinidad Benguet, Sison(Pangasinan), Sagada(Mountain Province)

So why not take a break from all the holiday rush for a while? Experience that Backyard Awesomeness – put up the movies at your garden and grab that cheese popcorn from the kitchen? Who says movie dates should be expensive?

Do you know any other travel-related Tagalog movies?